Hello from not so sunny Melbourne, as we once again tackle the news that was this week.

And the news was that there wasn’t much news. To be fair, I’ve been busier than usual with other stuff this week, and so perhaps didn’t look hard enough for interesting things to write about, but still, it was a relatively quiet week in all respects. But there are still a couple of things to go through, so let’s get started.

So has Star Wars: The Last Jedi been stolen or not?

A follow up to last week’s story about the possible leak of a Disney movie, torrent news website TorrentFreak has done some more investigation and it’s becoming somewhat clearer that the full story is a lot less clearer. The veracity of the leak is now under question, according to TorrentFreak, as they managed to find the alleged hacker/leaker/blackmailer, who claims he has access to a workprint of The Last Jedi. The problem is that the leaker, who claims he got the film from a friend who had access to it in post-production of the movie, has failed to release convincing evidence that he even has the film, and now, he’s claiming he has a hold of Sony’s Emoji movie as well.

So what might have been a story about a leak and blackmail, might be one about delusional boasting and extortion. Or it might be just for a the lols, some kind of attention grabbing stunt that may not have anywhere to go now that Disney has called the leaker’s bluff. 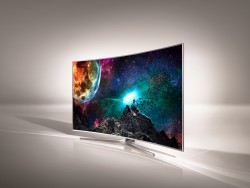 4K is doing well in sales

So UHD seems to be going pretty strong, for both TV sales and for movie sales. Just how strong? According to data released by Futuresource, sales of Ultra HD Blu-ray disc players are expected to be up 148% in 2017 compared to 2016, with some 1.4 million new units being sold this year. A third of all new TVs being sold this year will be UHD capable too.

Coupled that with the expected release of 250 new UHD Blu-ray titles this year, it all looks like to be a pretty healthy ecosystem for this still very new format.

Samsung remains the king of TV sales for the present, but Chinese brands, including TCL, are catching up apparently.

Still, Futuresource expects TV sales to remain flat for 2017, due to market saturation, and the lack of any major sporting events (which usually help to push TV sales).

So that’s it for the week, I know it’s not much, but it’s all I have. Times are tough, you know. See you next week.

This entry was posted on Sunday, May 28th, 2017 at 3:14 pm and is filed under Copyright, Electronics, High Definition (Blu-ray/HD DVD/4K), News Roundup, Video Technology. You can follow any responses to this entry through the RSS 2.0 feed. Both comments and pings are currently closed.