Not a particularly busy week again, and my hope of a warmer Sunday here has been answered with not only more cold, but also wind as well. Must. Type. But. Fingers. Too. Cold.

Here’s the news that was … 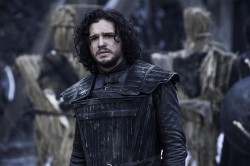 It’s that time of the year again, and the new season of Game of Thrones threw in plenty of surprises – one of which was the fact that it failed to break any new piracy records!

Yes, hundreds of thousands of people still downloaded in within hours of the airing via bittorrent, and millions have done so since, but it was no record breaker (which still remains with the season 5 finale).

Once again, Australians were very much over-represented in the download stats, with 12.5% of downloaders coming from the island continent (despite only containing 0.3% of the world’s population) – monopolistic practices, exclusivity deals both of which contributed to inequitable pricing, was probably responsible for this statistical anomaly. People who can afford to pay for it are not paying because they feel justified in piracy, usually due to usability, compatibility and quality issues with the legal source (not being able to watch it on your tablet in HD or with subtitles and other things people in other countries take for granted, all the while paying some of the highest prices in the world).

There’s also an apparent shift towards streaming and direct downloads, thanks to the increasing focus placed on torrenting, and HBO in the US offered a free preview weekend that helped to ease the piracy traffic there. Other notable shifting patterns include an increase in popularity of 720p and other HD sources over SD ones, which makes Australian broadcaster Foxtel’s decision not to offer HD streams for its digital only product an even more shortsighted one. 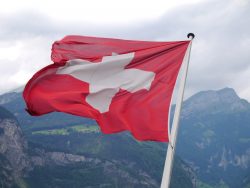 The Swiss have fallen foul of U.S. copyright interests

But things are changing in Australia and the current government (which may not be very much current for much longer, with elections on the way), and copyright laws have been toughened and site blocking may occur any day now. This has probably helped it to avoid becoming a copyright pariah, at least in the eyes of the U.S., unlike Switzerland, which has just been added to the USTR’s Special 301 Report.

Switzerland apparently had the gall to hand down their own legal decisions that aren’t the same as what the U.S. wants, and (despite happening six years ago) has made IP addresses private data. This means that copyright trolls and anti-piracy firms can’t use torrenting IP data to go after file sharers in the privacy conscious Switzerland, unlike in the U.S. and most other countries. This apparently was enough to get the entire country placed on the piracy watch list.

Canada still remains on it despite taking action on piracy last year (action that the USTR deemed not even worthy of a mention in their updated report). Maybe the USTR will be kinder next year when the report is updated again.

Told you there wasn’t much. Hopefully the week ahead will give us more to gripe, rant and babble about. See you then.

This entry was posted on Sunday, May 1st, 2016 at 2:07 pm and is filed under Copyright, News Roundup. You can follow any responses to this entry through the RSS 2.0 feed. Both comments and pings are currently closed.