Hello all! You might have noticed I didn’t really bother posting anything for April Fools. The problem with April Fools articles is that if you make it too obvious, then it’s just silly, but if you make it too believable, then you open yourself up to a defamation lawsuit (especially if your site’s main points of discussions involves the litigation happy peoples of the MPAA, the RIAA and other anti-piracy groups). Plus, the real news that I post these days are absurd enough already, and when it comes to our overly biased copyright law, we are all being made a fool all of the time.

Two copyright stories, but very much related. With rights groups submission millions upon millions of links for piracy takedown, it was only a matter of time before they realised how futile it all is. The BPI, Britain’s RIAA, was this week’s chosen candidate to speak out against the current copyright regime, saying the whack-a-mole must be modified in their favour.

What they want is “take down, stay down”, something I’ve covered before here and with increasing frequency recently I might add. So instead of rights holder identifying the link that needs to be taken down, they only want to identify the piece of content that they want removed, and then it’s up to Google or whomever to do the actual search and destroy. So the whack-a-mole becomes one where the player simply points at the mole and says “mole bad, destroy mole”, and then Google becomes the one that then plays the endless game of whack-a-mole. So no surprise that Google doesn’t want to do it.

Google also rightly point out that despite all the brouhaha over search engines, only 16% of traffic to piracy sites actually come from major search engines. The rest comes from people typing the piracy site’s URL into their browsers, bypassing search engines completely. Don’t be fooled, rights holders are fully aware that Google has never been the main problem. The focus on Google is really just the thin end of the wedge, because Google is a well known company and a very visible target. Once they can get Google to do their bidding, they may very well turn their sights to ISPs and even browser makers, to force them too to play the game of copyright whack-a-mole. 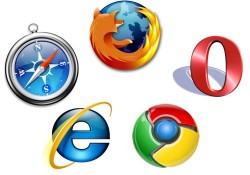 How long before browser makers are asked to block access to piracy sites?

There’s also another very good reason why Google and others should resist the calls for “take down, stay down” – it’s going to be hugely inaccurate. A new study has found that nearly one third of all takedown requests received by Google are “questionable”, but despite this, many are approved and action is taken anyway. This means there are a lot of legitimate sites that have been targeted, or at the very least, the takedown request should never have been made in the first place.

This high rate of false positives occur because rights-holders employ anti-piracy companies to do the hard work, and these companies often just use a bot to crawl the web and find URLs to de-list. The quality and accuracy of these bots can be questionable, since human intervention and verification is rare. And then when they submit these URLs to Google, Google also have their own bots to process these requests, erring on the side of rights-holders and making it the job of the affected site to clear their name in cases of mistaken identity. So with not a human in sight in the whole process, it’s little wonder as to why things can get very inaccurate very quickly. Except with “take down, stay down”, there will be even less verification and more legal pressure on Google and others to take down URLs as quickly and as liberally as possible.

Again, all of this presents a clear strategy from rights-holders to shift the legal responsibility of piracy to other parties, from search engines, to ISPs to eventually browser makers, and even makers of computer software and hardware. This must be resisted because it’s dangerous, and also because it’s not going to work. Those intent on pirating stuff will continue to do so, no matter how much censorship, how many filters and site blocks and lawsuits are used to stop them. And those that can’t afford to buy stuff still won’t, even if it getting pirated stuff because too hard for them. It’s a fool’s errand, which I guess is kind of appropriate given what this week means.

And that’s all we have this week. Not a very fun edition, I must admit, but hopefully there will be more of that next week. Until then, have a great one!

This entry was posted on Sunday, April 3rd, 2016 at 5:22 pm and is filed under Copyright, News Roundup. You can follow any responses to this entry through the RSS 2.0 feed. Both comments and pings are currently closed.