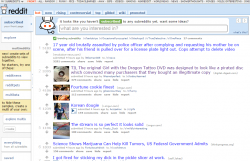 Getting “Reddited” is both awesome and terrifying

A funny thing happened on Friday. There I was updating the site with the latest software downloads, I suddenly notice the site is all slow. I check the server stats, and find that traffic throughput is way up, so much that the server was finding it difficult to cope. My first thought was that the server might be under some kind DDoS attack, since the traffic rise was so sudden, but upon closer inspection, almost all of the traffic was going to this outdated news article. A fancy type of DDoS attack, I thought, linking to such an old news article to try and take down the whole site. But an even closer look at the referrals, and it soon became clear what was happening: a Reddit Hug!

Apparently, that old article about that confusing artwork for the Girl with the Dragon Tattoo DVD made it to Reddit’s TIL (Today I Learned), and for a while, it was the second most popular article on the front page of Reddit.

So Today I Learned that getting linked to on the front page of Reddit is very much like a DDoS attack.

Here’s the news for this week …

Piracy isn’t always a bad things, especially in developing countries. A new study by the African Governance and Development Institute has found that software piracy can lead to increased literacy and the spread of knowledge.

This seems fairly common sense to me. Poorer communities are possibly the most in need of access to technology and information, and the least capable of paying for the software needed to get that access. The fact that communities that have no resources to pay for software have to break copyright law in order to access the tools that they can use to better their situation, kind of points to what is wrong with the copyright regime in general. Users that can’t pay cannot cost rights holders anything when they use their product or content without authorisation, and if there’s no financial loss, then I don’t even know if this should be considered piracy.

But had these communities respected copyright law, then the real cost is that they could be missing out on a lot of the things we take for granted, like access to the Internet, educational eBooks, and other essential resources.

Amazon’s streaming platform, Prime Instant Video, has seriously improved their offering recently, and even bagged an award or two for their original programming. However, it’s still very much lagging behind Netflix when it comes to bagging new subscribers, and the experts at Strategy Analytics say they may know why. While Netflix charges their subscription on a monthly basis, Amazon requires users to lock into an annual contract, even if the total price for Amazon’s Prime subscription, which also includes two-day free shipping and free Kindle book lending, is actually lower.

Amazon Prime is still finding it hard to compete with Netflix

While this may explain the lower sign up numbers, Netflix’s superior content library (especially originals), is still a big draw. Strategy Analytics found that even for those who have forked out the cash for Amazon Prime, most are actually spending more time watching Netflix than Prime Instant.

For me though, the problem for Amazon also comes down to support for the service on devices. Netflix simply works on more devices, and works better too. The install process for the Prime Instant Video app, at least on many Android tablets, is simply not good enough (requiring the install of the Amazon Appstore app first, and then the Prime Instant Video app, which then, at least on my Asus tablet, simply launches a browser window to the Amazon website). Just read the comments on the Amazon page for the app, and it’s easy to see where and how Amazon can make improvements. 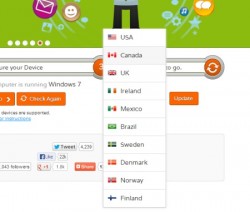 Netflix *can* ban users who use VPNs and geo-unblockers, but they probably *won’t*

One things Netflix definitely shouldn’t do is to start banning VPN users, which Netflix’s terms and conditions allows them to do. The clause was added into Netflix’s T&Cs about a year ago, and was only noticed recently (thus once again providing that nobody read those things). Most analysts don’t believe Netflix will actually start banning their paying customers, no matter where they are, but that the clause may be there simply to appease rights holders. But with countries like Australia and Canada updating their copyright laws to copy existing laws in the US, the use of VPN and geo-unblockers to bypass geographical restrictions may, if the rights holders get their wish, become illegal as well.

So once again, we have rights holders trying to use technical measures to get what they want and force users to use content in an “approved” way. And when these technical measures inevitably fail, the pressure is then put on legislators to make unapproved usage illegal. Of course, there’s not much that can be done in terms of enforcement, which then leads to rights holder thinking up all sorts of crazy schemes (three-strikes, censorship), all in a bid to not give people what they want.

Whether it’s release windows, or DVD region locking, or geo-restrictions – the fact is that many people around the world are paying more for less, leads them to feel they aren’t being treated fairly. This patent unfairness is what helps people justify their actions, dismissing moral and legal concerns in the process. So the real solution is the make things fairer, even if it means a cheaper Netflix (translating to lower licensing fees for rights holders) for regions that don’t get as much content.

While the next-gen codec wars have been won by H.265/HEVC, Google still hasn’t completely given up, having recently ditched Flash and going forwards with its HTML5/VP9 setup for YouTube. Since then, YouTube says that over 25 billion hours of VP9 content has been viewed on the video sharing site, with the amount of 4K videos being uploaded to the size also growing by three-fold. The most striking conclusion for me, based on these figures, is that people have way too much time on their hands!

Speaking of too much time, I think I’ve already wasted too much of your time this week. Thanks for reading, and see you next week!

This entry was posted on Sunday, April 12th, 2015 at 6:00 pm and is filed under Copyright, High Definition (Blu-ray/HD DVD/4K), News Roundup, Video Technology. You can follow any responses to this entry through the RSS 2.0 feed. Both comments and pings are currently closed.