How has your week been? Mine’s been great. I went to watch a night of tennis at the Australian Open during the week, which was pretty awesome. Have also been binge watching season 3 of American Horror Story. So busy week, lots of news stories as well, plus dealing with server issues (more on that later).

Those regularly checking The Pirate Bay website to see when it will be back will have noted some major, and familiar, changes this week. With 6 days to go (as of the time of writing) before the countdown timer strikes zero, the homepage now has a very familiar look, complete with search box (still “locked” and unusable, unfortunately). It’s the biggest clue as to what will happen on the Feb 1, when I assume everything gets “unlocked” and TPB goes back to normal operations. If you want to find out more on the Pirate Bay raid, you can have a look at this article written by TorrentFreak.

Speaking of The Pirate Bay, regular visitors to Digital Digest may have noticed some connections problems recently, and if you want to find out why, this other TorrentFreak article has a pretty good explanation for it. Getting DDoS’d by errant Chinese DNS servers trying to redirect zombie Pirate Bay tracker (and also to Facebook, YouTube, porn site) traffic, is a new one for me and other server admins I’m sure. I’m not blocking all Chinese traffic like many other server admins (some are even blocking Australian IPs, which is unfortunate), but have put in measures that should hopefully filter out the misdirected traffic (at least most of it). 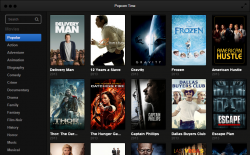 It’s not Amazon, Hulu Plus or even HBO’s standalone streaming product that is worrying Netflix most, according to the company’s CEO. Instead, it’s piracy and in particular Popcorn Time, the so called “Netflix for Pirates” that is the company’s biggest competitor, says Netflix’s Reed Hastings.

The reason Netflix’s boss specifically pointed out Popcorn Time was not because, like most other piracy tools, that it allows you to get free content. The reason Popcorn Time is such a threat is that it compete with Netflix directly on the one thing that Netflix is great at: making things easy. Instead of downloading a torrent file, starting a download, downloading the actual file and getting it to play using a media player, Popcorn Time offers the same easy to use click and play interface that Netflix is famous for. And this is why Netflix is worried.

Add to the fact that Popcorn Time is likely to have all the big hits, whereas Netflix subscribers can only dream about watching ‘Frozen’ or ‘Guardians of the Galaxy’ or ‘Dawn of the Planet of the Apes’, and you can see why Netflix is worried.

However, it’s worth noting that Hastings described Popcorn Time and piracy in general as a “competitor”. This is such a refreshing change from the usual rhetoric you hear from others in the entertainment industry. It means Netflix is willing and ready to compete, to offer better, unique (ie. original) content, and to innovate, instead of litigate, their way to the top (or rather, to remain at the top).

And it’s working, at least based on the Netflix satisfaction survey I mentioned in last week’s WNR. And satisfaction is likely to continue to improve as long as Netflix keeps working hard to bring new content to its network, starting this weekend with the streaming exclusive release of The Interview, only a month after the film’s original theatrical release. No doubt Netflix paid big bucks to Sony to secure the rights, and the bucks had to be big because the Netflix release of the film in US and Canada comes three weeks before the movie hits Blu-ray and DVD.

Comments about the quality of the movie aside (a lot of people don’t seem to like it, and the publicity the movie earned seems to have helped it quite a bit – the movie probably would have flopped at the box office badly), the atypical release schedule for The Interview should be studied to see if it could represent a new way to release (certain) movies. And I suspect Sony’s willingness to sacrifice disc profits in exchange for selling the rights to Netflix could also signal the studio, and Hollywood’s interest in finding a new way to do things. Who’d thought that we’d have North Korea to thank for all of this!

And Netflix might have to work harder to bring more original content and exclusives to its subscribers, what with HBO’s standalone streaming service rolling out soon. But it’s not Netflix, but cable companies, that may have the most to fear from a newly uncoupled HBO, at least according to a new survey which found that 50% of those interested in HBO’s new service will cancel their pay TV bundles once it is launched.

It’s a pretty well known fact that many current pay TV subscribers are only keeping their subscriptions because of HBO, and so having a standalone HBO product will mean they no longer have to pay for subscriptions they don’t need. 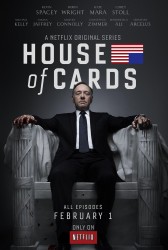 House of Cards was nearly an HBO show

But HBO had to make this move into the increasingly competitive streaming marketplace, not just because it’s what subscribers want, but because in time, the likes of Netflix and even Amazon (what with their Golden Globe win for ‘Transparent’) will be able to catch up with their own original programming. Netflix boss Reed Hastings recently revealed just how competitive the content licensing market has become and how the streaming giant missed out on Amazon’s award winning ‘Transparent’. According to Hastings, HBO also failed to secure rights to ‘House of Cards’, but managed to grab ‘True Detectives’ from Netflix. Both Netflix and Amazon are trying to turn themselves into HBO by purchasing original programming, and so HBO has to compete in the same market space now, rather than later.

For now though, a $15 HBO streaming account seems reasonable for the quality of programming you get. But in time, HBO may also have to offer content from other networks to expand their library and make the product more like a premium version of Netflix. That’s my guess, at least.

And that’s all I have for you this week. Hope you enjoyed this WNR, see you next week.

This entry was posted on Sunday, January 25th, 2015 at 2:32 pm and is filed under Copyright, High Definition (Blu-ray/HD DVD/4K), News Roundup, Video Technology. You can follow any responses to this entry through the RSS 2.0 feed. Both comments and pings are currently closed.