A short WNR this week, I guess maybe it’s because of the Easter break. May you have success in your hunt for the eggs of the Leporidae.

Otherwise, it’s been a really difficult week for finding news stories. Not because there weren’t any, but because there were too many, with approximately 94.12% all being April Fools made up stories. People have gotten really good at making up these, so it’s no longer obvious just which stories are April Fools and it’s been really frustrating trying to figure things out. 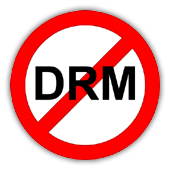 GOG, forever fighting the good fight against DRM, has a new weapon in its arsenal – DRM-free reclaiming! The idea is simple – got a game whose DRM has expired which makes the game no longer playable? Simply enter the game’s serial key into GOG’s reclaim page, and you get a free and DRM-free copy of the game that will work forever.

Only a couple of games are supported now (basically just STALKER games at this time), but GOG plans to add more games once more publishers sign up, and the not-so-fun sounding “scavenger hunt to retrieve forgotten key-databases”.

I really hope more publishers sign up to GOG’s scheme – I mean they have nothing to lose, and really, they owe their paying customers this much. And if I was a publisher that used a DRM that’s likely to expire, I would openly advertise the fact that the DRM would be removed from the game after a set period of time (say a year?), and give their paying customers the peace of mind that they deserve!

HEVC is already one of the most efficient ways to encode 4K video, but if the claims from firm V-Nova is to be believed, their Perseus codec will be even better. Of course claims like this have been made before, and only real-world testing will tell us whether this closed, proprietary codec is all that it claims to be.

But even if Perseus is as good as it claims to be, there’s no guarantee that it, or any other codec, will take the place of HEVC as the industry preferred compression standard. Even Google’s public backing of their own VP9 codec failed to make a real dent into the popularity of HEVC, so sometimes it’s not about technical merit (which often does not stack up to press release claims), but simply about marketing and getting the most hardware and software partners – something that HEVC did really well (true of its predecessor, H.264/AVC), signing up to partner like Netflix, Samsung, and being selected for use for Ultra HD Blu-rays.

Here in Australia, the news of a even more efficient codec is a welcomed one, since the arrival of Netflix has all but crippled our flaky Internet. Our current Luddites-in-charge (ie. our government) keeps on insisting that nobody needs faster Internet, not now and not in ten year’s time, and so promptly cancelled plans to roll out 100 Mbps fibre and replace it with a “up-to” 25 Mbps FTTN network (depending on how far you are from the exchange). Considering that a single 4K Netlix stream could theoretically max out the connection for a typical FTTN users, the need for a 50 or 100 Mbps connections is something that’s quite real right now.

Zelda for the Wii U has been delayed until 2016

The Legend of Zelda for Wii U has been delayed until 2016. If there’s one thing that really bugs me about how Nintendo has handled the Wii U is the lack of a Zelda for the platform. The rumor is that Nintendo’s next console may be coming in 2017, which means that there won’t be a Zelda game on the Wii U until pretty much the last year of its status as Nintendo’s flagship console. Compare that to ‘Twilight Princess’, which was released on the Wii pretty much at launch (also available on the GameCube, the last Nintendo release for that platform) and really helped to show off the Wii’s innovative controls, even if it was really just a port from the GameCube version. I just feel that had the release line-up for the Wii U included a made-for-the-platform Zelda game, the console’s fortunes might have been different – remember that it wasn’t until the Wii U Mario Kart game that the Wii U started to sell in better numbers.

Have a great Easter break, if you have one. See you next week!

This entry was posted on Sunday, April 5th, 2015 at 7:00 pm and is filed under Copyright, Gaming, News Roundup, Video Technology. You can follow any responses to this entry through the RSS 2.0 feed. Both comments and pings are currently closed.